I’ve fallen for Oslo. You might think that was because the weather has finally changed for the better — bright sunshine, crisp blue skies — yet I was impressed the moment I stepped off the train yesterday evening.

Oslo feels like a big city that’s been miniaturised. This is especially true of the area surrounding the central station, which lies in the shadow of several skyscrapers and has an appearance more reminiscent of an Asian city than one in the northern reaches of Europe.

This is also the confident capital of a country enjoying a period of rejuvenation and renewal. The iconic Oslo Opera House (completed in 2007) sits before the Barcode Project – a row of 12 high-rise office buildings (completed in 2016) – and next to a tall, misshapen building that will host the Munch Museum when it opens later this year. Yet the uncomfortable truth is that all of this is the spoils from continued oil and gas exploration; Norway’s gain is everyone else’s loss.

I’ve long wanted to visit Oslo but especially since I learnt that George Bradshaw, the inspiration for my ongoing side project, died here in 1853. His grave can be found in the Gamlebyen graveyard in the old part of the city. The headstone is easy to spot, given the tall obelisk that sits atop it, but its forlorn position on the far side of the graveyard means Bradshaw still appears to be a visitor to this place.

Reading the inscription, I am overcome with emotion and begin to well up. It would appear I have forged quite the connection with this man through his work. I’m saddened that he died at such a relatively young age of 52, but take solace in the fact his grave sits within sight of the adjacent railway.

Having made my pilgrimage, I’m free to see what else the city has to offer. After grabbing lunch at Godt Brød — a popular bakery that on this occasion is suffering from a severe shortage in staff — I take a bearing towards the Royal Palace. This takes me past the Stortinget parliament building, the university and National Theatre. These surround a small park, much of which is taken up by a skating rink. It’s here that I get my first sight of snow on this trip, albeit pilled up in one corner.

Intriqued as much by the opera house’s architecture as I am the performances staged within it, I’ve booked tickets to watch Madama Butterfly. This will be the first opera I’ve seen, and to be honest, I’m not entirely sure what to expect. I find out during the interval that it’s best to know the story beforehand, rather than try and follow the live translation seen on the back of the seat in front of me. Instead, you’re encouraged to immerse yourself in the performance. The staging is minimalistic and the singing incredible, of course. Still, I’m unable to fully appreciate such high culture, a fact underscored by the decidedly lowbrow pizza I find myself eating afterwards.

Having seen the outside of Oslo City Hall yesterday evening, I’m keen to take a peak inside. This large red brick building is flanked by two large towers. The side that faces the waterfront has an unassuming appearance despite its considerable size, but the entrance on the opposite side hints at the majestic interiors to be found within.

You’d be forgiven for thinking this was a royal residence, where it not for the strong modernist aesthetic that runs throughout – including its stylish toilets, which are also worth noting. Many rooms have palatial proportions, some with vast murals depicting Norwegian themes and beautiful marble tiled floors, others decorated with copious wood panelling and large paintings by Munch. That it’s this venue that should host the Nobel Peace Prize giving ceremonies makes a lot of sense.

This building sits near Anker Brygge, a former industrial area that’s been transformed into yet another upscale residential district with views across Oslofjord. Being a Monday, the Astrup Fearnley Museum of Modern Art is closed, and the new National Museum is still being built. But I’ve had my fill of museums and art galleries. Instead, I take in the views while keeping a lookout for the few buildings that survived the gentrification of this area.

My ears are feeling the pinch of winter, so with the light fading, I’m choosing to spend the rest of the day shopping for a woolly hat. For a capital whose population hovers around a million, there are a surprising number of shops. Many of the bigger clothing stores have multiple locations, sometimes within sight of each other. This over-saturation probably says a lot about the financial health many Norwegians enjoy, as does the number of Tesla’s I’ve seen.

I’m meant to be travelling on to Gothenburg tomorrow but I dont’t want to leave Oslo, at least not yet. The hotel can accommodate me for another night, so taking advantage of the flexibility of my Interrail pass, I decide to extend my stay.

This decision has immediately paid dividends, as I open the curtains to see snowflakes falling on to snow-covered ground. My face beaming with excitement, and I venture out to see the city in this new light.

I’d like to visit one of the nearby islands that occupy Oslofjord. Hovedøya is one of the closest and is just a short 10-minute ferry ride from Anker Brygge. The ferry departs hourly, but I miss an earlier sailing having not found the right pier. That gives me an hour to check out the Nobel Peace Centre, housed in the former Oslo West train station. It has permanent exhibitions about the prize, plus a temporary exhibition of photos by Finbarr O’Reilly. This documents the process towards peace and democracy in Ethiopia since the election of its new Prime Minister and most recent Peace Prize Laureate, Abiy Ahmed Ali.

On Hovedøya, I’m struck by how quiet and empty this small island is – although the number of footsteps left in the snow suggests otherwise. Oslo remains within view from the northern side of the island, but it takes just a few steps inland before I feel a world away. With the ground covered in snow, low sunlight poking through the trees, and with only a few small buildings to be found, it all makes for a dramatic, if not eerie scene.

Back on the mainland, the sun is setting in glorious fashion, but there’s time enough to see one last attraction. I get the number 12 tram from Anker Brygge to Vigelandsparken, the stop for the elegantly landscaped Frogner Park. This is home to the Vigeland installation; 212 bronze and granite sculptures designed by Gustav Vigeland. The largest of these is the tall phallic Monolith, which sits upon a raised platform in the centre of the park. With the ground still covered by snow, the park reflects the awe-inspiring twilight whose gradient transitions from a warm yellow to a vibrant pink and a vivid purple. This is a moment to savour, though with the temperature plummeting, I’m relieved that it’s only fleeting.

From today onwards, each train I board will be heading in the wrong direction, heading home. My train leaves Oslo leaves just after lunch, so I’ve time to grab some breakfast and visit Oslo Cathedral. I happen to witness a christening from the back of the church. It’s nice to see a building like this being used, even if I’ve no time for religion myself.

My route from Oslo takes me to Gothenburg, where I’ll change for a connecting train to Copenhagen. The route out of Oslo delivers a final few parting shots of Oslofjord, before speeding on through nearby suburbs and then out into the Norwegian countryside.

I arrive back in Copenhagen just before 11pm. I’m staying in the Astoria Hotel, a wonderful art deco building whose location next to the station hints at its former ownership by the Dutch State railway. It’s a shame that I’ll only be staying here for just a few hours. 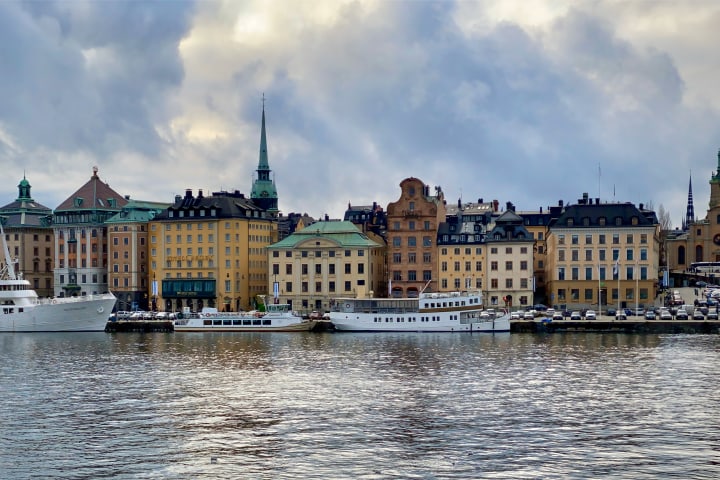 Cloudy with a chance of meatballs. 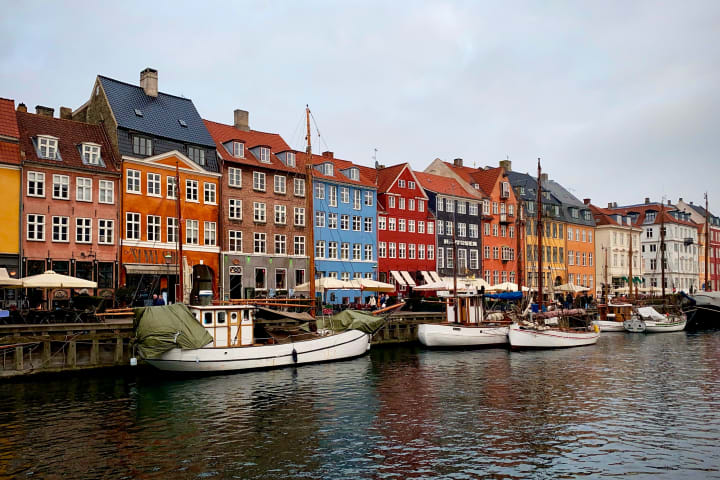 Finding plenty of colour amidst the grey. 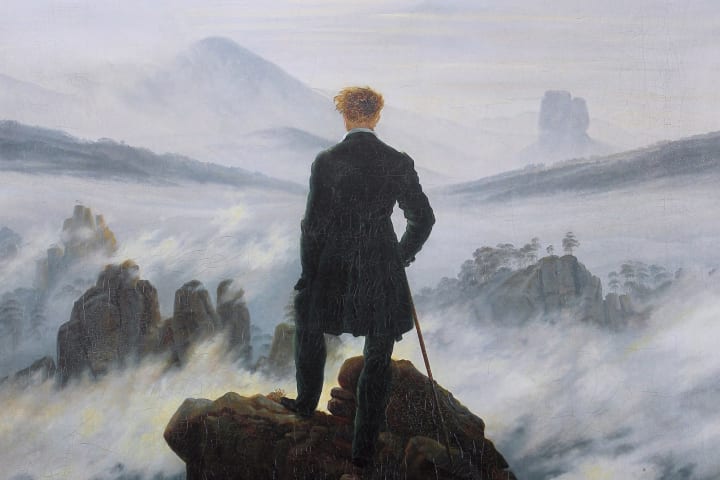 Like all great railway journeys, this one starts with a cancellation.